The Shipshore Difference is Our Team

What Makes Us Exceptional?

In partnership with his E’Clatez Dance Company, Christopher Robbins brings us his award winning, fresh and innovative choreography.

Our fantastically talented in-house arrangers, contribute a bright, new approach to the standards, while introducing modern, contemporary material, guaranteed to please all ages and demographics. 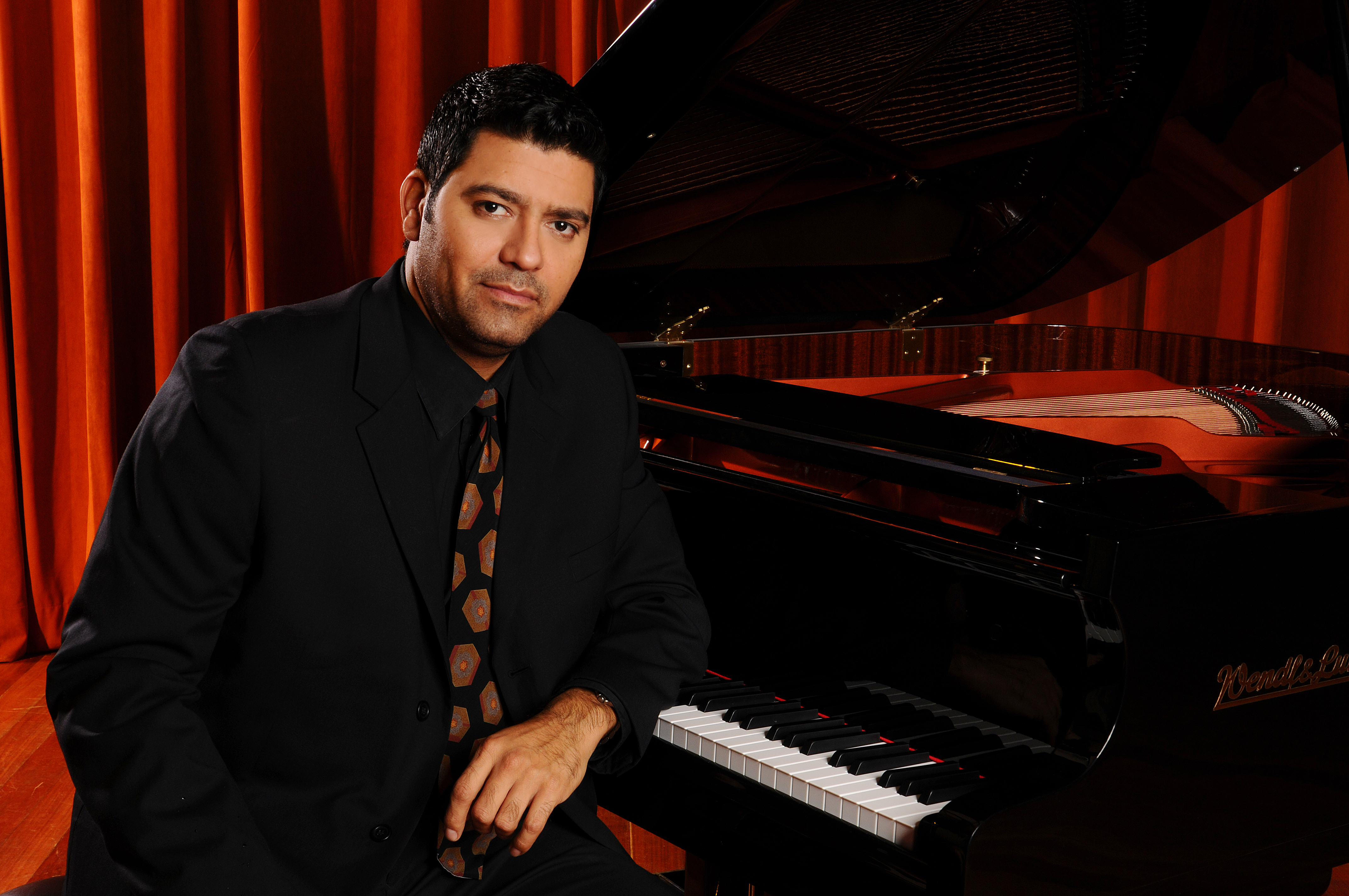 A graduate of South America’s Belle Artes, and Manhattan School of Music in New York, where he studied composition, performance and commercial arranging, Manny is a true professional.

Manny Tavarez is one of the most versatile Chill-out Jazz Artists on the scene today. Composer  arranger, producer, keyboardist and bandleader, he fuses a wide range of international music and electronic elements. Combining this with his Latin American roots, Manny creates a fresh and original urban sound, all with a Latin jazz heart.

As a performer and composer, his music is a unique style of chill-out/jazz, while it is rooted in the folkloric traditions of Latin America. Manny always takes an exploratory approach, never one to let orthodoxy stand in the way of his pursuit of freedom. Manny offers a joyful mix of ddm, jazz and Latin rhythms, combining percussive forays inside the piano and a series of electronic effects with his inspired, passionate playing at the keyboard. His tempos are fluid, and his moods change freely.

Having performed on cruise ships all over the world, Manny has also toured extensively. He truly understands the international audience.

Through his arranging and composing, Manny is known for his excellent work providing tracks for television shows such as Desperate Housewives, movies, commercials, games and productions. Always fresh, while holding true to the spirit and meaning of the work at hand, Manny’s genius is on display in every discipline. 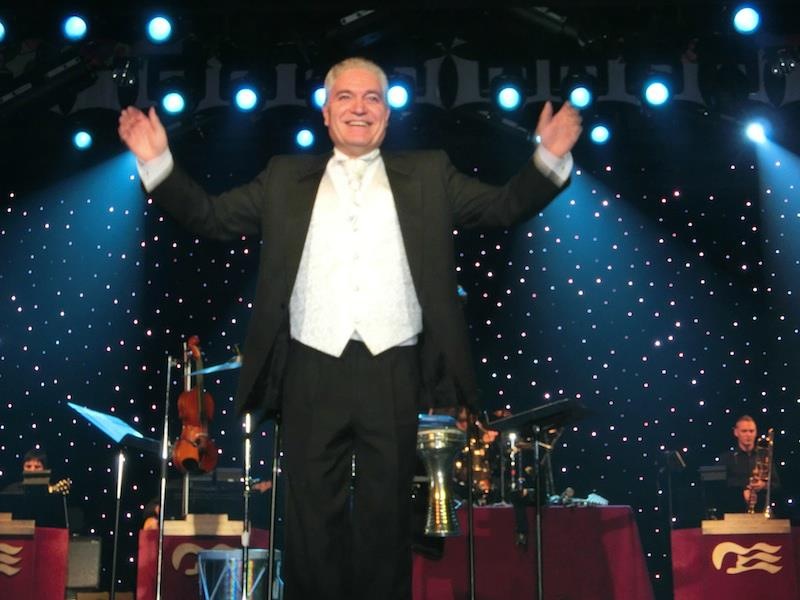 Omar Gonzalez is one of the most versatile multi-instrumentalists in the Industry. He can sing and play 20 different musical instruments. His repertoire includes music from almost every country in the world. With 30 years of experience performing on the most renowned cruise lines, (Royal Caribbean, Cunard, Princess, Holland America, Norwegian Cruise Line, Costa Crociere, Saga Cruises, Silver Seas, Regency Cruises), Omar understands the challenges of a multinational audience.

Because of his sense of humor, his language skills and the wide variety of music styles he offers, Omar has captivated audiences all over the world.

A composer and arranger, Omar builds some of the musical instruments he uses in his shows and incredible, original arrangements. 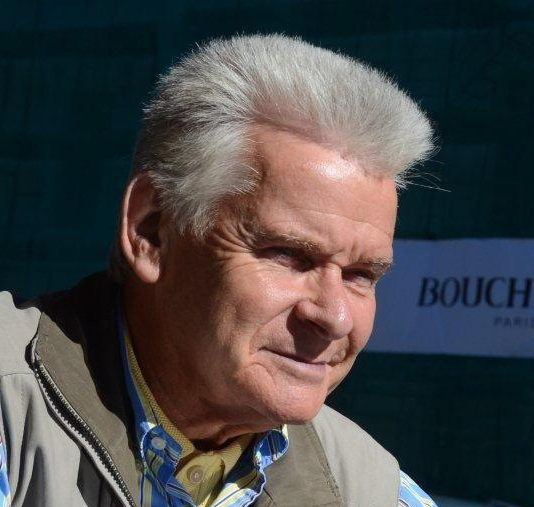 Hailing from Scotland, Allan earned his sterling reputation in the industry by working for it.  Starting as an entertainer in the working men’s clubs throughout the UK, his unique talent was recognized by being named a three time winner of Opportunity Knocks, similar to today’s the X Factor or America’s Got Talent. He went on to become a compere at the famous Butlins resorts.  It wasn’t long before his talents were recognized by the legendary cruise director and star of My Fair Lady, Leonard Weir, who hired him as an entertainer for Chandris Cruise Lines, which eventually became Celebrity Cruise Lines.

Allan loved interacting with the guests, recognizing the importance of this sometimes lost art.  Following his mentor to Costa Crociere, Allan spent the next 20 years honing his skills. While Cruise Director, he continued to entertain.  He also ran the shore excursion office, gave port and shopping talks, ran bingo and horse racing, and all other areas of entertainment. He learned to put together variety shows out of whatever entertainment was onboard at the time, with special emphasis on costumes and dance routines. He and his team created fun-filled activities and theme parties that kept the guests coming back time after time to Costa. This is where Allan learned the valuable skill of promoting revenue in a fun and entertaining way, without offending guests with a hard sell.

He moved next to Celebrity Cruise Lines, where he remained for 15 years. Leading a team of over 75, he was also responsible for departmental budget and payroll, as well as crew welfare.

Allan was specially credited for developing activities that combined revenue and entertainment.  The result was a savings of millions of dollars to the company, while at the same time increasing ratings to record levels each and every year, on the most challenging international runs.

Silver Sea became the natural next step for Allan, where he would continue to entertain and enjoy his favorite guest interaction. He knows from experience that ratings are greatly enhanced with a simple one on one approach between the crew and the guests.

Ask anyone who has ever worked with Allan. He is beloved by all as a patient and effective teacher, a skilled leader and a team player.

As cruise director, Allan has overseen the install of over 100 production shows. He knows how disruptive they can be to the day to day operation of the ship, and the negative effect installs can have on the ratings. Most importantly, he knows how to avoid the problems.

A great entertainer and comedian in his own right, Allan knows what it takes to wow the most discriminating guests. And he knows how to do it on budget and on time! 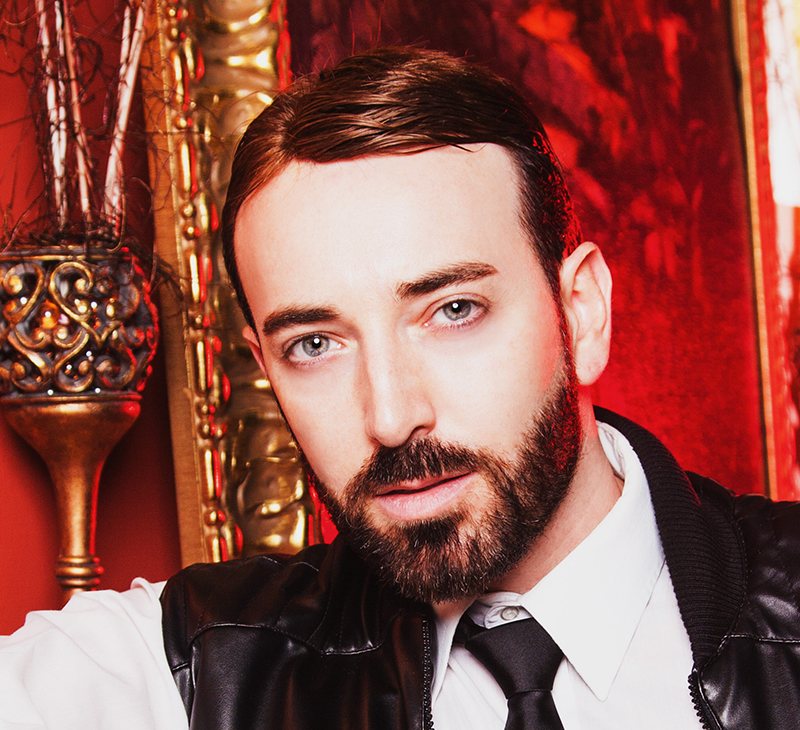 Chris was in The Walt Disney Productions of “Beauty and the Beast” and “Tarzan Rocks.” He has performed in “One” at the Alabama Theatre in Myrtle Beach, SC. He has worked for Encore DCS, Dance Masters of America, Dance Troupe Inc., Star Systems, StarPower Talent and Showstopper Dance Competitions. Chris also worked at Club Tango in Charleston, SC, Club Kryptonite , Eighty Eight’s, Club Mykonos, Tunnel UltraLounge, 2001 Nightclub, Broadway at the Beach, Senor Frogs, Zulu Lounge, Pulse Ultra Lounge, and The House of Blues in Myrtle Beach, SC, as a dancer, singer, and choreographer. He was the Ballroom couple winner at  “Dancing with the Horry County Stars” televised program in 2009, 2011, 2012, and 2013.

Chris has won many awards in national competitions around the US for his choreographies, among them the “Judges’ Critics Choice Award” at the New York City Dance Alliance. Many of his students have gone on to perform on Broadway, in television and movies, the Radio City Rockettes, BadBoysofDance, and as assistants to “NYCDA” and “JUMP” faculty.

His cruise line experience includes working full time for Hardrive Productions as Production Assistant and Assistant Choreographer to Pamela Bolling, where he put up 6 production shows for Celebrity Cruises on The Century and The Galaxy.

He casted and directed dancers for House of Blues in Myrtle Beach summer 2011. He has also worked with Dance Masters of America, where he taught in Washington D.C. and Orlando, FL, for Nationals Convention 2009 and 2011.

In partnership with Shipshore Productions, Chris is the residing Artistic Director and owner of E’clatez Dance Company, which can be found on Facebook and YouTube. 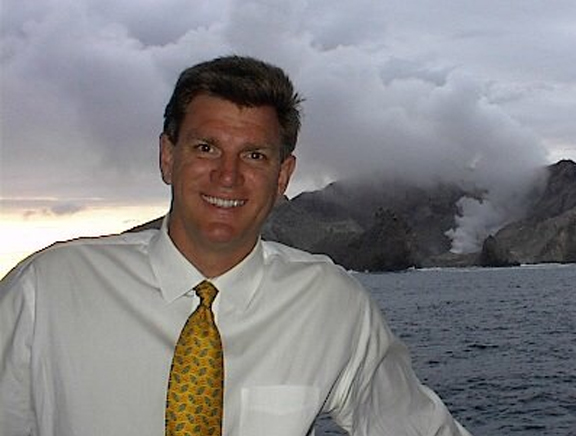 As a graduate of the University of Iowa with a Degree in Radio and TV Production, Bob started on cruise ships as a Disc Jockey. He worked his way up from there to Cruise Staff, Shore Excursions Manager, Broadcast Manager, Assistant Cruise Director and Cruise Director.

In 1994, Bob combined his love of shopping, cigars, connoisseur watches and luxury jewelery with his life at sea, to become a Port and Shopping Director. Bob’s previous experience onboard had taught him the importance of revenue promotion. And he learned how to share his excitement about this important area with others on the team. Bob clearly understands the role the entertainment team can play in enhancing the revenue results onboard. He knows there is a fine line between a fun, entertaining way of encouraging guests to buy, and making them feel they are being nickeled and dimed to death! He enjoyed his time representing Harding Brothers, Panoff Promotions, Inc., and On Board Media, before returning to his first love of entertainment.

His entertainment experience with Princess, Celebrity, Royal Caribbean, Azamara, Crystal and ResidenSea-theWorld, allowed him to learn what it takes to please guests from all walks of life, from all over the world. Passing on this knowledge is something at which Bob excels!

Dearest to his heart is his work with his wife’s non-profit organization, Free 2 be me Dance, where Down’s Syndrome children get to learn to dance. “I am the drummer for the class and the jungle gym for the kids. It is the most rewarding thing I have ever done.”

Bob has authored a book about his career on cruise ships called “Cruising through life” Every time I talk, and people discover I work on cruise ships, they have a lot of questions, I figured it would make a great book. Ask Jay Leno about it! 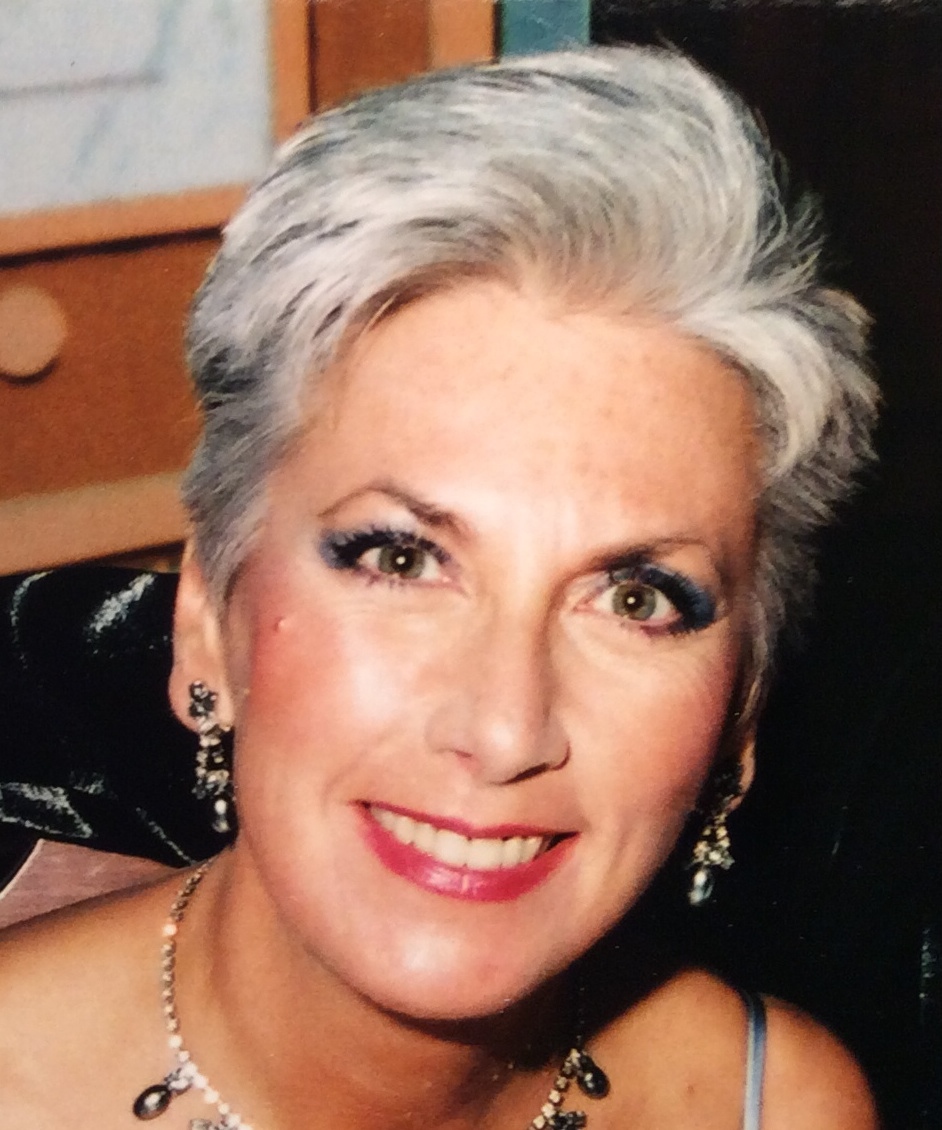 Marty got an early start in her entertainment career. As a manager, entertainer, music publisher and promoter, she represented and produced some fantastic groups in her home State of Michigan. Two of the groups went on to chart, and today are considered part of ‘garage band’ history! She went on to do public relations on Dick Clark’s Caravan of Stars tours, working with some of the biggest names in the business.

After returning to college to earn her degrees in Accounting and Economics, and Business Administration, she entered the corporate world in sales and management.

Rejoining her partnerships of earlier years, took Marty back on the road. As a member of the Country Music Association, her music publishing, management and booking companies enjoyed success with charted records, special recognition at Fan Fair three years in a row, and honored by having the number one record on jukeboxes in Nashville! She and her partner opened for some of the biggest acts in the country music industry at the time.

The demands of two school age children took Marty off the road, and she opened a successful small business. Soon thereafter, she was offered a position with the largest privately owned marketing company in the country. She worked her way up to Vice President, and as part of that position, became President of the largest seminar and training company in the world, teaching people presentation and sales skills.

Lessons learned from that experience led her to a very successful new career as a commercial/ industrial real estate developer, with Ford, Chrysler, UPS and others as her tenants.

She married Allan King in 2003, and retired to travel the world with him. Together they developed activities and events for Celebrity Cruise Lines, saving the company millions and increasing guest satisfaction ratings each and every one of the ten years she traveled with him onboard.

Marty is the recipient of Michigan’s highest honor, The George Romney Community Service Award, for her work improving inner city neighborhoods. She is also an honoree of the United States Department of Justice for her service to the community.