How do you address the expectations of today’s ever more diverse guest mix? And how do you satisfy the growing millennial guest, without offending your loyal repeat customer? We can help with this complex challenge. We specialize in an international guest mix. Young or older, we can help you design a complete entertainment program that will meet these new challenges.

Hiring the right act can be difficult. You may have to watch dozens of videos that only tell you part of the story. And today, many entertainers use a combination of representation, or none at all!

How do you find the right act for your budget and venue?

Over the years, we have seen a great many of the very best in action! We can advise you on who will be the right fit for your needs, land or sea. We are not a booking agency. In some cases, we will refer you to the artist’s representation. In others, we will be able to make the the connection for you.

But what we can do is help you find the absolutely best entertainment for your venue.

Here are just a few of the best entertainers in the business that we wholeheartedly recommend: 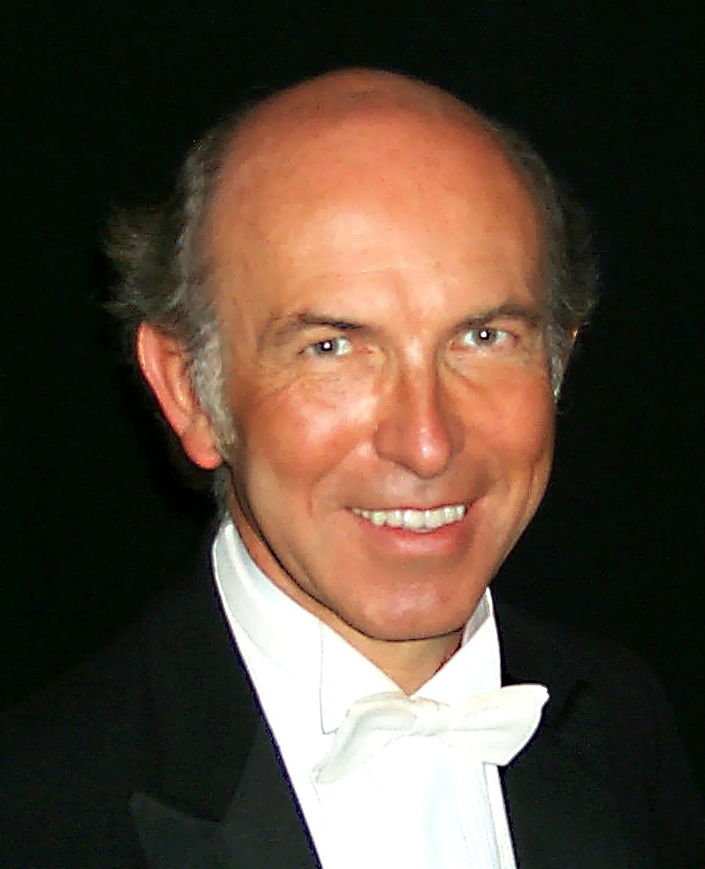 Brooks Aehron has presentations and programs suitable for all audiences and venues from concert halls to cabaret lounges. Press reports have described him as an “astonishing pianist” with “deep musical insight” and “phenomenal technique”. He has guested on many television shows.

His enormously successful BBC program “Brooks Aehron’s Serenade” showcased his extraordinary mastery of a wide range of musical styles, from the great classics to contemporary pop. The show, featuring Brooks and his 60 piece orchestra, repeatedly topped the Audience Appreciation Index. In London he has appeared at Queen Elizabeth Hall, Wigmore Hall and the London Palladium.

During a live telecast of the legendary TV show Sunday Night At The London Palladium” he caused a sensation performing his unique version of Leroy Anderson’s “The Typewriter” – playing  both typewriter and piano simultaneously! 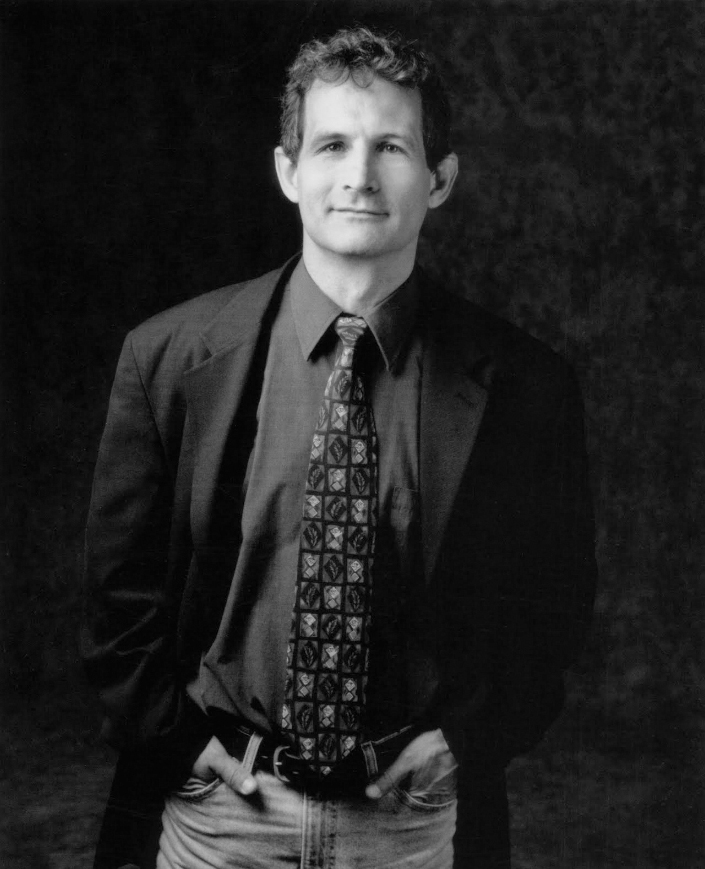 “By their twisted nature, comedians often steer toward jokes that shock an audience into laughing. Comedian Fred Klett takes another route all together. Klett is good enough to get by without using sex and drugs and raunch galore in his routine.” Chicago Tribune

On land, sea and television, Fred has delighted audiences all over the world. He is simply the best! 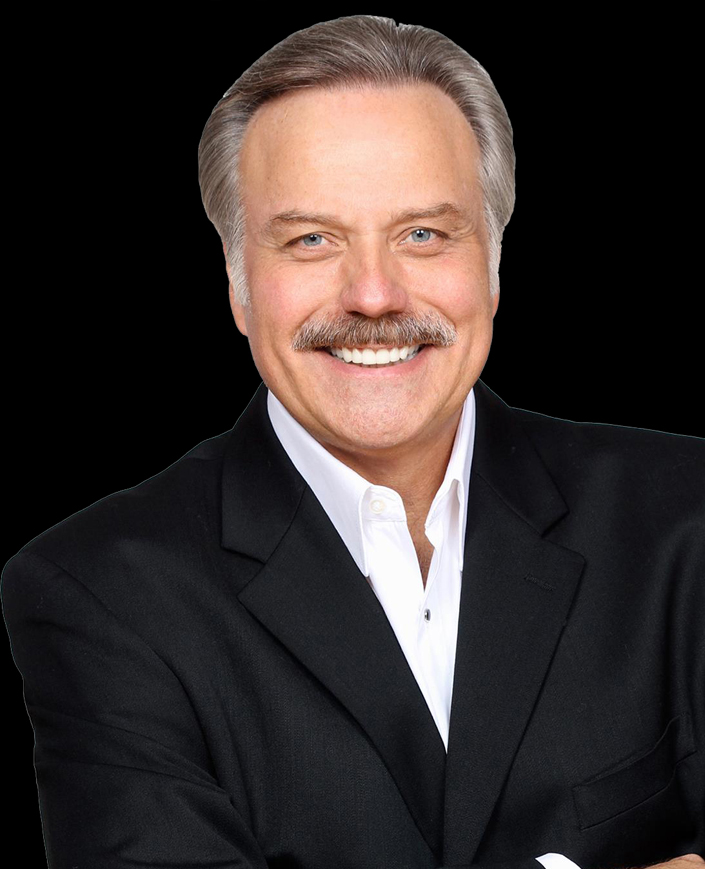 Variety magazine dubbed him “one of the best entertainers in show business today”. Phyllis Diller always referred to Mark Preston as ‘the finest voice around”.

While a member of the world famous recording group, The Lettermen, the group’s album, NEW DIRECTIONS, was nominated for 3 Grammys. In 2001, Mark’s contribution to the group was recognized when they were inducted into the Vocal Group Hall of Fame.

His show combines almost every type of music, from Pop to Broadway and Country, with plenty of humor. From MY WAY to FRIENDS IN LOW PLACES, Mark presents the songs with a showmanship and ease rarely seen on stage. 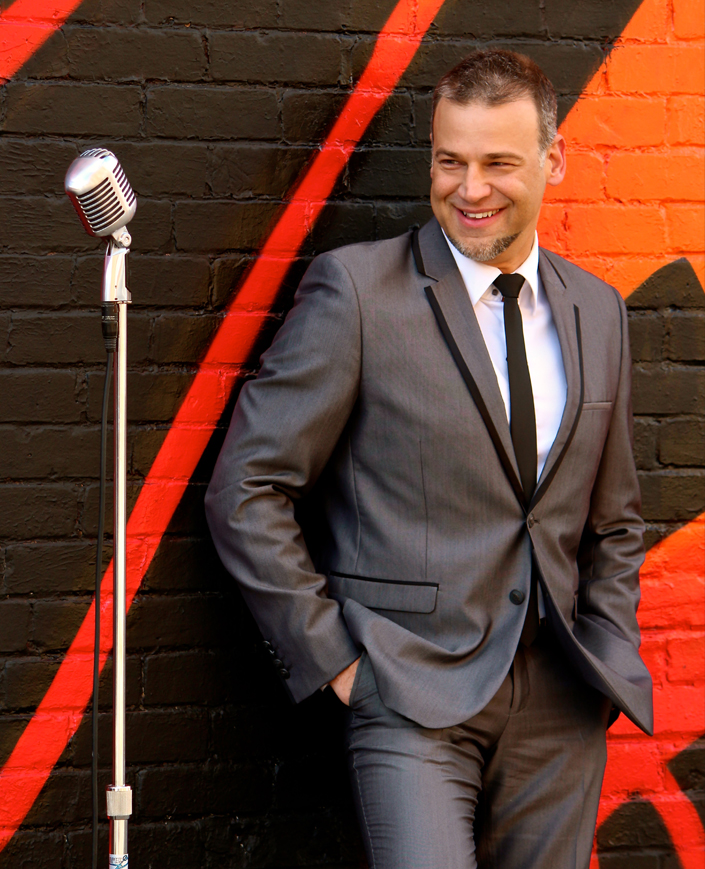 Claude-Eric’s incredible ability to relate to international audiences, no doubt comes from his being raised in Montreal and Africa, with contributing influences of Guinea, Algeria and Zaire.

Classically trained at the prestigious School of Prochant Montreal, Les Atliers de la Voix, in Montreal and Quebec City, his rich, beautiful voice lends itself beautifully to pop standards as well as the classics.

Performing well known favorites in their native language warms the hearts of audiences all over the world.

Claude-Eric has toured extensively and is a favorite of cruise ship passengers. The audiences of the Regal Empress, Holland America, Princess, Celebrity, Norwegian, Royal Caribbean, Cunard, Silver Sea and Regent have been amazed and delighted at his emotionally moving performances. He owns the stage! 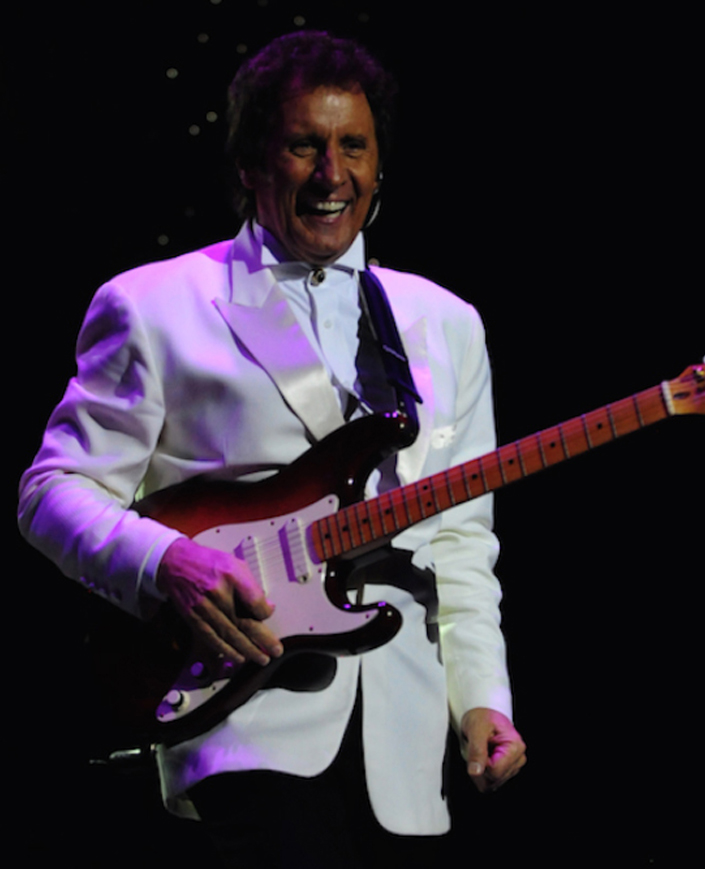 Mario D’Andrea is an energetic performer with phenomenal guitar playing skills and a warm vocal style, combined with a great mix of comedy. Mario’s Grandfather taught him to play the guitar at age 11. Since then he has appeared on national TV shows, done national tours, recording and studio work. The decision to create his own show led him to win the Australian Mo Award.

Mario moved to Las Vegas and began performing in the Las Vegas, Reno and Lake Tahoe casinos. Today Mario is a recording artist and entertains all over the world on ships and in concert.

Mario always generates a rousing response from his audiences and leaves them wanting more! 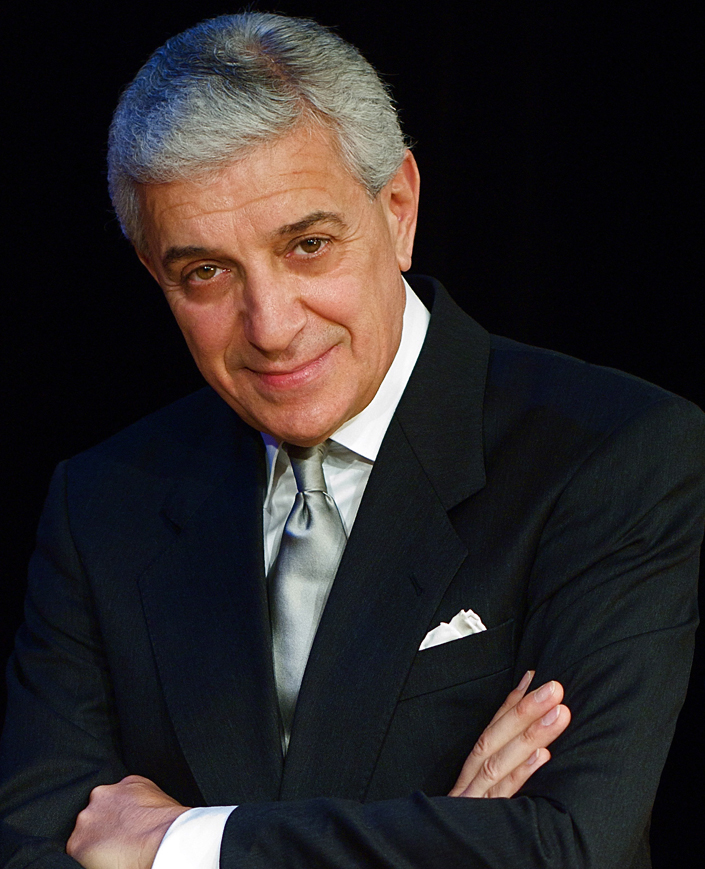 The son of renowned concert violinist and conductor Zeki Ataman, Naki was born in the ancient city of Istanbul, but raised and educated in  Turkey’s modern capital, Ankara. He began his musical studies at the age of four, and made his stage debut at eight. Considered a child prodigy, Naki was regularly asked to perform with Turkey’s leading orchestras, as well as to give command solo performances for distinguished audiences both at home and abroad.

An exceptionally talented entertainer and recording artist, Naki’s first love and passion is performing for live audiences. He is also a talented composer and arranger and frequently writes short lyrical pieces for various instruments, as well as jingles for TV commercials.

In 1975, Naki gave a concert for the United Nations Cultural Conference held in Vienna, Austria, for which he conceived the idea of an evening of music encompassing many of the countries represented at the conference. Since then, the show he created for the United Nations, (and entitled “Around the World with Naki Ataman”), has taken him literally around the world on concert stages of many countries, and the show stages of various luxury cruise lines.

As well versed in popular music, Jazz and musical comedy as he is the light classics, Naki is undeniably a favorite on concert and show stages throughout the world. 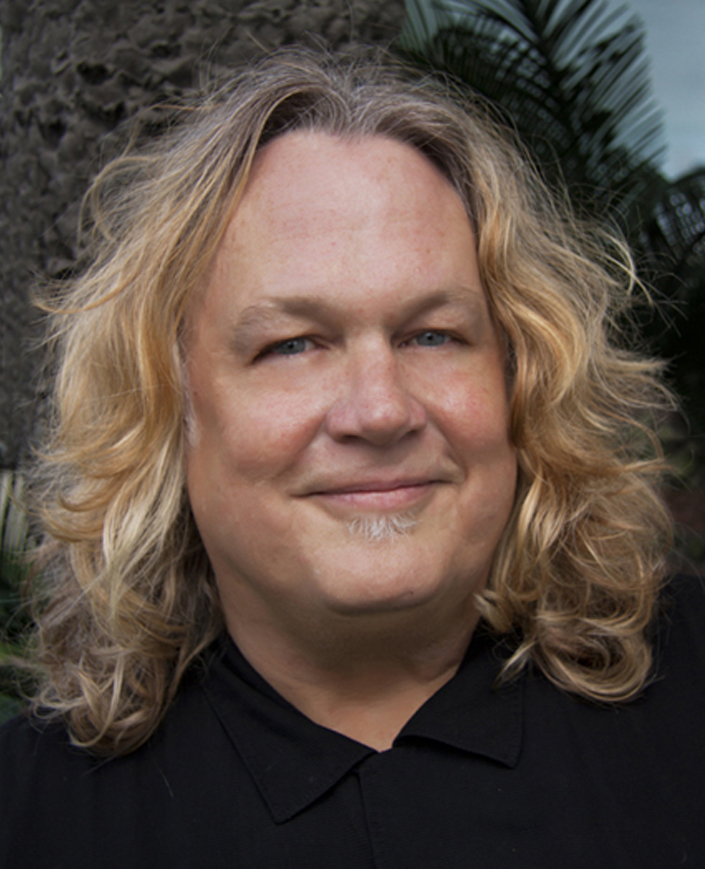 The first and only Princess Cruises “People’s Choice” Entertainer of the Year, with a rich history of over twenty years with the Beach Boys, Louie Anderson says, “Steve Moris’ tremendous gift is in his comedic timing, surpassed only by his musicianship!”

Steve Moris has performed on hundreds of the largest stages and venues with more stars of country, pop, rock, and comedy than possibly any comedian in America today. Since 1980, easily over a million people have enjoyed Steve’s live show. The Des Moines Register once noted that Steve Moris is a “comedian’s comedian!”

An accomplished guitarist and comedic entertainer, Steve Moris’ unique blend of clean comedy and interactive music has made him a favorite among all ages and types of audiences. For this reason Mike Love and Carl Wilson made Steve their sanctioned opener, and to date Steve has performed well over 500 concerts in over 20 years with The Beach Boys.

On the comedic side, Steve has done major shows with the likes of Dana Carvey, Louie Anderson, Kevin Neelan, Roseanne, Chris Rock, Jay Mohr, and Gary Shandling. Louie Anderson says “Steve is a playful act. He uses his slight Attention Deficit Disorder, Dyslexia, and addictive personality in a positive light and touches the hearts of his audience in the best and most hilarious way.” 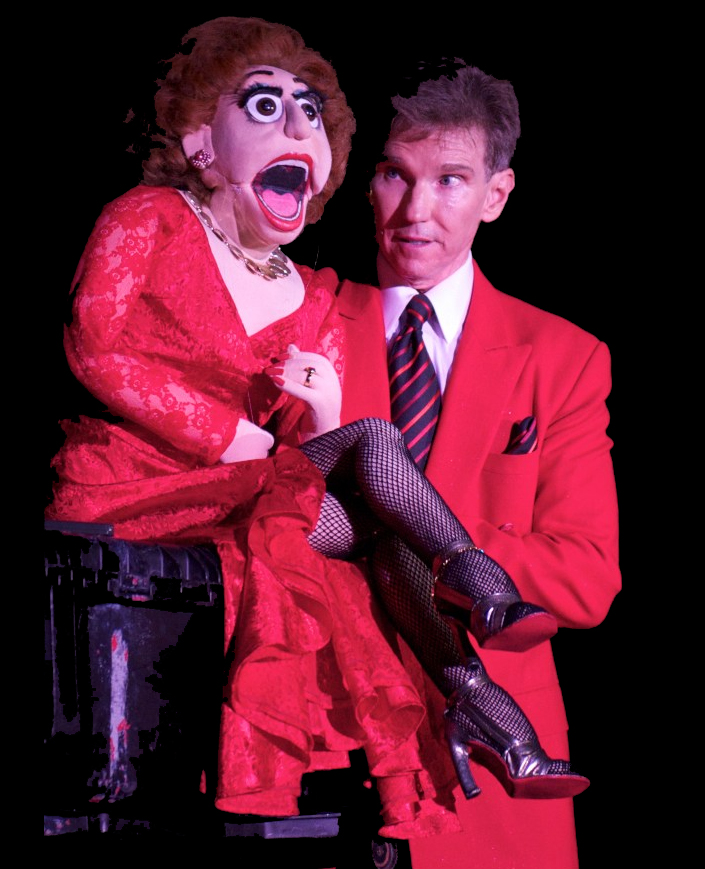 Comedy Ventriloquist Mark Merchant is a man from the South who makes his living by not opening his mouth.

His diverse characters are funny and clean for today’s modern audiences.

Crystal Cruises awarded him the prize Entertainer of the Year and he continues to reframe himself in this new age of cruising.

Mark has graced international stages, corporate events and clubs all over the country. His material is always up to date and hilariously to the point! 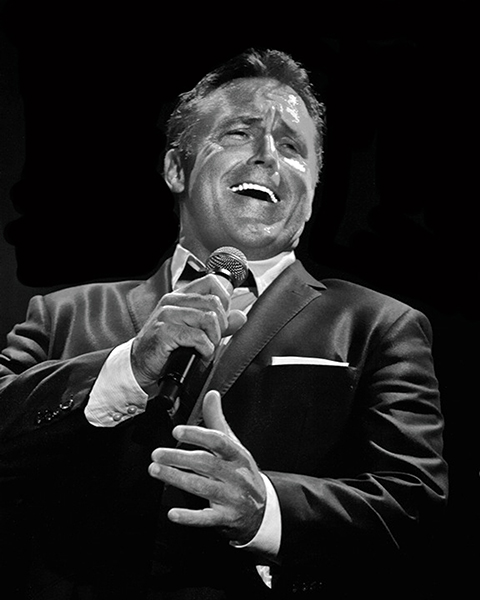 Born and raised in Scotland, Jack remains a favorite with luxury cruise lines. He has appeared on BBC and Scottish TV. After making his home in Las Vegas, he has graced some of its biggest stages, including Mandalay Bay, Venetian, Mystere Theater at T.I, & Mirage.

He’s had the privilege of hosting and singing at various corporate events. He was also the regular M.C / Host of the Miss Hawaiian Tropic International pageants, appearing with such notables as Ryan Seacrest, Robin Leach and Joey Fattone.

Sharing his unique, personal story through music from R & B, Opera, Pop to Broadway, Jack’s remarkable vocal versatility allows him to deliver an eclectic assortment of music genres transitioning with seamless ease leaving you amazed that only one person did the show! 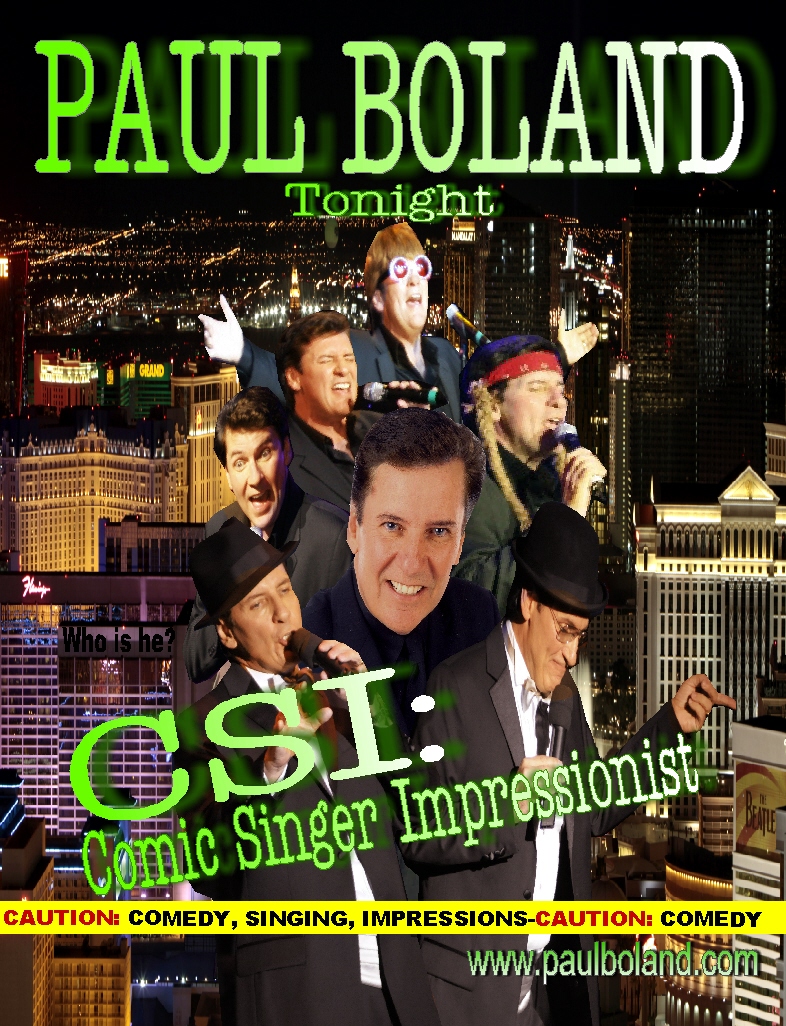 A Man of 200 Voices, Paul Boland electrifies audiences of all ages with a diverse array of celebrity impersonations. He will amaze you with his dead on takes of Elton John, Randy Travis, Neil Diamond, Willie Nelson, Julio Iglesias and the entire “Rat Pack”! He rocks the house with Mick Jagger, Sonny AND Cher, the Bee Gees, Roy Orbison, Tom Jones and not one, but ALL of the Beatles! And for the younger fans of today’s music, he will even entertain you with the music of, ‘hip shaking’ sensation Ricky Martin!

Paul’s long and diverse experience includes television, and stages all over the world. 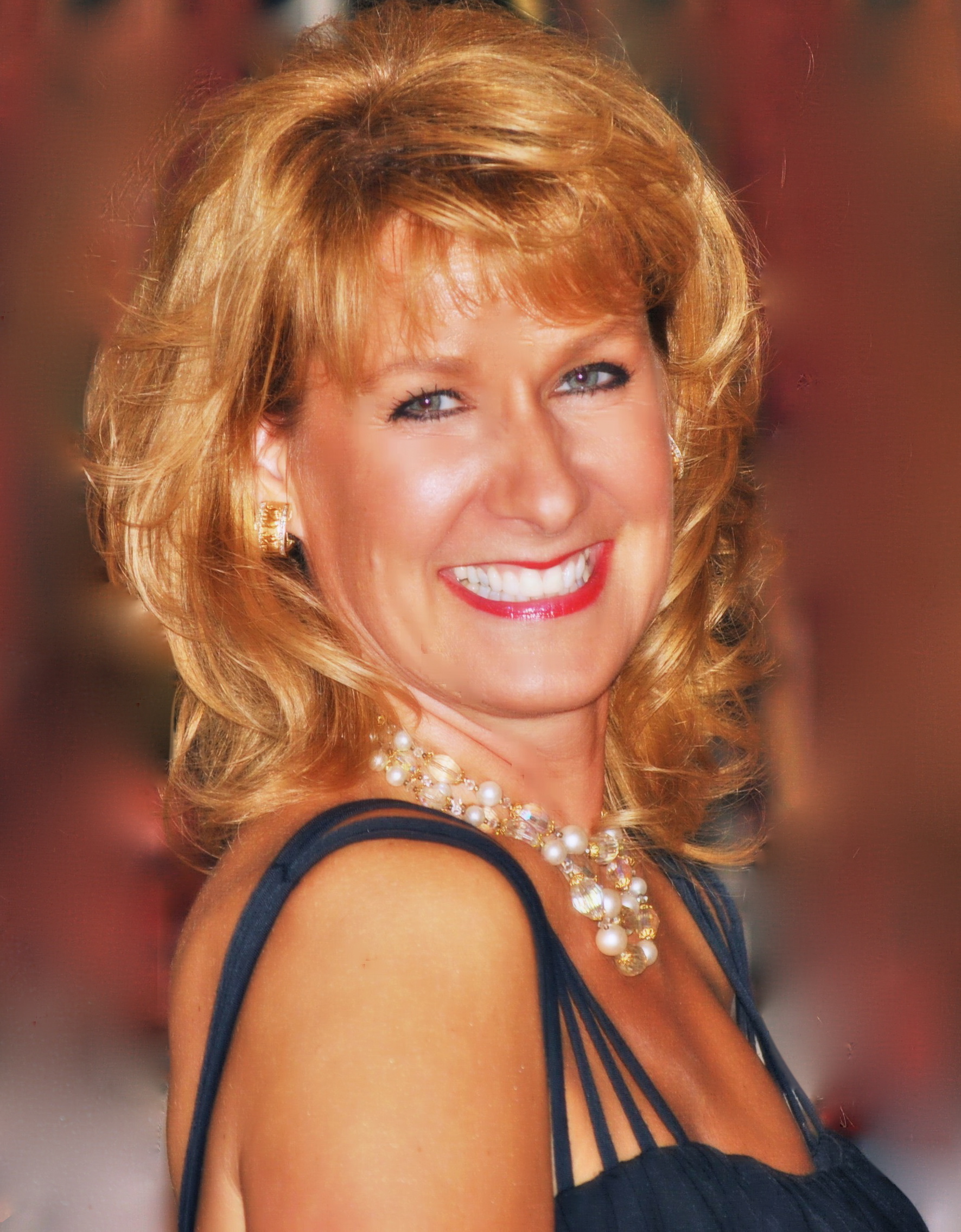 An audience favorite for over 25 years, the beautiful, youthful and energetic Jackie Beaumont masters the stage. Her sultry tones bring the pop and R&B classics to life! Whether on her own, or with her beautifully choreographed dancers, Jackie rocks it!

Having headlined concerts all over, she is known for her fabulous work as MC and headliner for the Make a Wish Foundation Annual Fashion Ball. She has recorded and toured  extensively with the Andrew Thielan Big Band, as well as being the headline entertainer for the premier 2001 Entertainment Complex in Myrtle Beach.

Gorgeous costuming, enticing staging and wonderful dancing all contribute to an unforgettable evening. 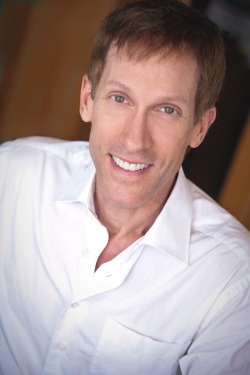 An American showman and concert pianist, Craig started very young. Some of Craig’s first appearances on stage were with the famed Liberace, in Las Vegas and at the Phoenix Symphony Hall.

Over the years, Craig’s amazing talent has been enjoyed by television audiences across the nation. His show Jump and Shout, has been performed in theaters throughout the West. And he has been the opening act for comedian Norm Crosby.

Craig has headlined the stages of Royal Caribbean International, Celebrity Cruises, Azamara Club Cruises, and Cunard’s QM2. He was especially honored with a request from Silver Sea Cruises to open the Silver Cloud by performing at the pre-inaugural parties.

Audiences are delighted with his tributes to Elton John, Jerry Lee Lewis, Winifred Atwell, Liberace and Lady Gaga. His newest arrangement of the Great Divas of The World has been a huge hit!

Using his own compositions, Craig takes audiences on a musical journey through Classical, Dixieland, Jazz and Boogie Woogie styles.